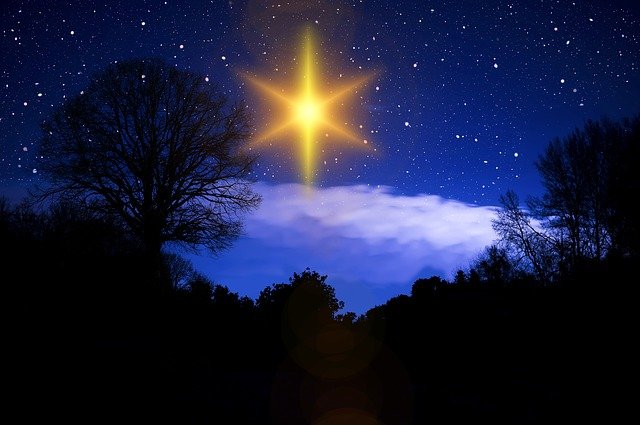 The Star of Bethlehem also known as the ‘Christmas Star’ will be appearing in the skies again this Christmas 2020 as Jupiter, Saturn and Venus all meet together forming a bright alignment.

Significance of Star of Bethlehem

The Gospel of Matthew tells how the Magi (often translated as “wise men”, ) arrive at the court of Herod in Jerusalem and tell the king of a star which signifies the birth of the King of the Jews:

Now when Jesus was born in Bethlehem of Judea in the days of Herod the king, behold, wise men from the East came to Jerusalem, saying, 2 “Where is he who has been born king of the Jews? For we have seen his star in the East, and have come to worship him.” 3 When Herod the king heard this, he was troubled, and all Jerusalem with him; 4 and assembling all the chief priests and scribes of the people, he inquired of them where the Christ was to be born. 5 They told him, “In Bethlehem of Judea; for so it is written by the prophet:

This is a major conjunction in the skies as Jupiter and Saturn Conjunct forming a bright alliance . The last time that these two planets conjuncted was 20 years ago and without planet Venus making this 2020 Christmas Conjunction one of the most rarest astrological events to watch out for!